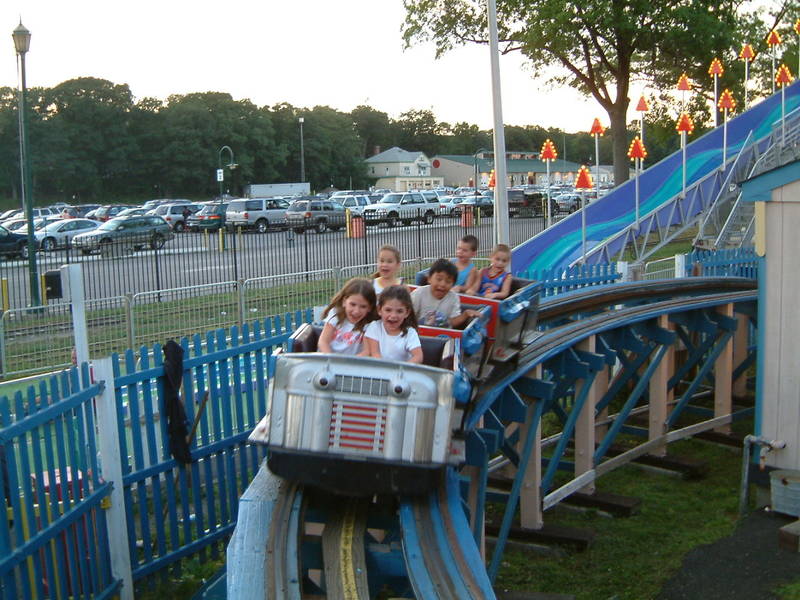 RYE, NY — Many of us have taken a ride on the Kiddy Coaster at Rye Playland– some of us hundreds of times. And now, the coaster is going down in history. Playland’s Kiddy Coaster, a favorite since its 1928 premier at the park, will be designated a Roller Coaster Landmark by the American Coaster Enthusiasts, the world’s first and largest organization of roller coaster and amusement park fans, during a ceremony at noon Saturday, July 28 at Playland Park in Rye.
“The Kiddy Coaster has been providing pint-size thrills for youngsters since day one at Playland,” Westchester County Executive George Latimer said. “Today this very special ride, one of seven original rides that pre-date 1930, joins its ‘big brother,’ the iconic Dragon Coaster as an ACE Roller Coaster Landmark.”
The Kiddy Coaster was designed by Frank W. Darling who was hired by the Westchester County Park Commission to construct, operate and manage Playland in 1927, according to a spokeswoman. Reaching a maximum height of 16 feet, the 485-foot long oval-shaped ride, which features four gentle dips, including a swooping turnaround drop, opened with the park on May 26, 1928.

The ACE Roller Coaster Landmark program was begun in 2002 to honor roller coasters of particular historic significance. To date, 41 coasters have received the ACE Landmark designation.
ACE is a non-profit, all-volunteer organization dedicated to the preservation, promotion, appreciation and safe enjoyment of roller coasters. With more than 5,000 members in 50 states and 16 countries, ACE is the largest amusement park enthusiast organization in the world.

Today is National Grammar Day!! The fourth of Marc

Camp is ON and @lesterskids has the best savings e

I am so excited to introduce you to Leslie Levy! L